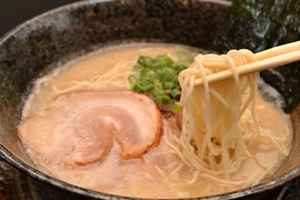 Variety of taste is abundant, and it is also one of the charms that there are lots of taste such as soy sauce, miso, salt, pork bones.

It is not Chinese food, and it is famous in France and the USA as one of Japanese cuisines. 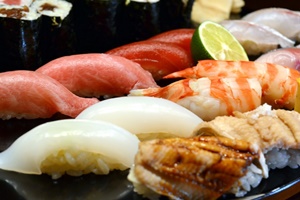 The most well-known sushi is nigiri sushi (Edo-mae sushi), a dish commonly known as "sushi" in many foreign countries.

The video featuring Hitamichi Yasuda, the owner chef of SUSHI BAR YASUDA, telling foreigners how to eat the right sushi is well known abroad and has been known to attract foreign tourists to visit Japan.

Sukiyaki is a Japanese dish that uses thinly sliced meat and other ingredients, cooked by baking and boiling in a shallow iron plate. For seasoning, soy sauce and sugar are used.

Some foreigners hesitate to eat raw eggs, but please try to challenge for those who have not eaten this dish yet! 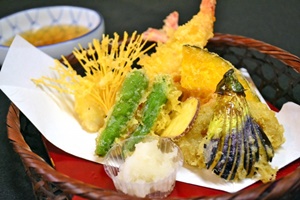 Tempura (Tempura, Tempura) is Japanese cuisine made of fish, shellfish and vegetables, coated with flour and egg, and fried in oil.

It is one of "Three Tastes of Edo's", a regional dish of Edo (Tokyo), that has spread all over Japan.

"Momiji tempura" that can be said as a scene of autumn has been covered by overseas media! 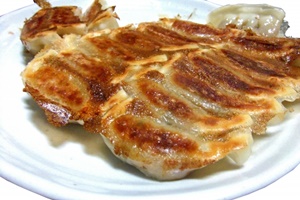 Gyoza or grilled dumpling is popular in Japan, and in recent years many frozen foods and chilled items wrapped in gyoza skin are available in the market.

It is also widely popular as a side menu in various eating and drinking establishments. Baked dumplings are very popular in France, because of a famous "GYOZA BAR" in Paris. Paris style is to eat dumplings with champagne!